Posted by Unknown at 2:28 PM No comments:

A TRUE JAW DROPPER! A MUST SEE!!! EVEN OUR GREAT PICTURES CANNOT JUSTIFY THE BEAUTY AND ENERGY OF THIS HOME!!! Walk in through the tall frameless glass entry door and BAM!!! your jaw drops! you’ll be mesmerized by this truly work of modern architecture. Home entirely remodeled in 2012. 4 specious bedrooms & 4.5 bathrooms, 3 remodeled fireplaces one in each level. Huge master suite with wrap around windows and private balcony to a grand views of ocean and city lights. Rounded walls and balconies, adding a unique feel to this master piece. A true work of art from the open flow of the house to wraparound windows and glass staircases! Unobstructed breathtaking panoramic views from every window. Soaring 20’ vaulted ceilings, magnificent lighting fixtures, marble flooring, hardwood stairs. Most unique gourmet and modern kitchen offers, top of the line stainless steel appliances with built-in refrigerator and walk-in pantry. Its a life style to experience, in desirable & prestigious Guard Gated Sea Pointe Estate community. Enjoy the exceptional community recreation area offers grand pool, BBQ area, tennis courts and four star party room. Right by groovy shopping, restaurants, and minutes to world famous beaches.

CLICK THE LINK BELOW FOR MORE PICTURES AND INFORMATION: 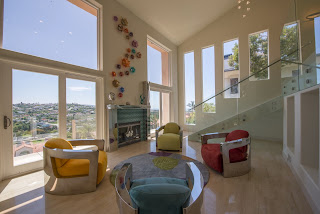 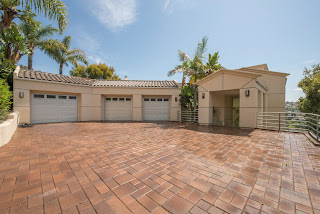 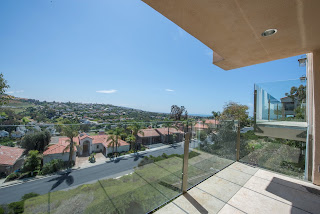 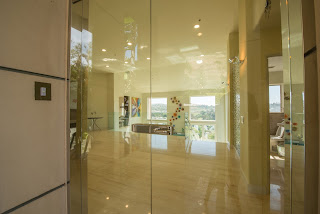 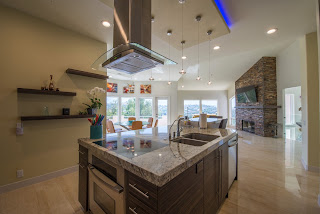 Posted by Unknown at 3:08 PM No comments:

What a Fed rate hike means for you
Higher rates are coming back to America.
The Federal Reserve is expected to raise its key interest rate on Wednesday. It would be only its second rate hike since 2006. The first was in December 2015.
One rate hike won't change the world but the process of rising rates affects millions of Americans. If you have a credit card or savings account, invest in stocks or bonds, want to buy a home or a car, pay attention.
The Fed put rates at zero in December 2008 to revive the collapsed housing market during the Great Recession. Now, America is no longer in crisis mode and the economy can bear paying higher rates. A rate hike is a sign that the U.S. economy is improving.
Here's how the Fed's rate hikes could affect you.
1. Savings accounts will pay more
American savers have struggled for years, earning next to nothing at the bank. Now they could be a step closer to light at the end of that tunnel and earn a little more interest on savings account deposits.
When the Fed raises short-term rates, banks pay customers higher interest on their deposits. But how much higher and how fast they will go up will depend on whether the Fed will keep raising rates.
To start seeing a real difference, it could take one to two years at least, experts say. After all, the Fed is expected to raise by just 0.25% on Wednesday. Officials may say they will raise rates two or three times next year, but that could change very quickly depending on the economy's performance.
Last December, the Fed said it would raise rates four times in 2016. But that didn't really happen. This week, if the Fed does raise rates, it will be the first one of the year.
Bottom line: if rates go up Wednesday, it's good news for savers but you still need to be patient.
2. Big ticket buyers: rates are rising but still low
Even though the Fed controls short-term interest rates, its decisions partially impact long-term interest rates for mortgages.
A rate hike does NOT guarantee that mortgage rates are going up. Last year, the Fed did one rate hike and mortgage rates went down this year.
However, the rate hike this time comes at a time when the interest on a 10-year U.S. Treasury bond is going up. And mortgage rates are very closely tied to the 10-year note, the yield on which has risen rapidly by about 0.7 percentage points since the election.
fed rate hike homebuyers 2
The typical fixed rate on a 30-year mortgage is currently around 4.1%. It's risen significantly since the election because President-elect Donald Trump's promises to cut taxes and increase government spending triggered volatility in U.S. bonds. Before the election, a typical 30-year fixed rate mortgage was 3.5%, according to Freddie Mac.
So rates have risen quickly but they are still low. During the last economic expansion -- 2001 to 2007 -- mortgage rates hovered between 5% and 7%. In the 1990s, rates were even higher, shifting between 7% and 9%.
Over time, as the Fed raises rates more, mortgage rates are expected to move up too.
fed rate hike interest gif
3. Fed likely won't end the Trump market rally Wednesday
Stock markets used to tremble at the mere hint of a Fed rate hike. When the Fed raises rates, that increases borrowing costs for companies, strengthens the dollar and it can cool down spending plans. All those can factors can pinch profits.
But Trump's promise to rev up infrastructure spending and lower corporate tax rates has U.S. stock markets at all-time highs. And just about everyone -- 97% of investors -- believes a rate hike is coming Wednesday, so it won't be a shocker.
However, if the Fed starts raising rates faster than expected next year, the stock market's glory ride could hit some bumps as borrowing costs rise and the dollar gets stronger.
A strong dollar tends to make U.S. products like iPhones more expensive -- and less attractive -- to foreign buyers.
All to say: Investors won't be biting their nails on Wednesday unless Fed Chair Janet Yellen indicates rates may rise faster.
4. Trump could have to handle a hawkish Fed in 2017
The President-elect's big spending plans could drive up demand for all types of goods. Higher demand could increase the pace of inflation, which has been very sleepy the last few years and a big reason why wage growth has been low.
If inflation gets going, the Fed could raise rates faster to keep up with it.
Along with home mortgages, higher rates increase the interest on credit card payments and auto loans. That could cool spenders' appetite. Consumers make up the majority of economic activity in America.
Still, rates are historically very low. The Fed has tried to prop up the economy since the Great Recession with super low interest rates. Trump called it a "false economy" during his campaign.
In any case, the burden of sparking stronger economic growth is shifting to Trump from the Fed. The central bank's role will diminish as the government action will pick up. Trump promises to rebuild America's roads, bridges and tunnels.
But both sides are certainly looking at different crystal balls. Trump is promising 4% annual growth. The Fed is projecting 2% annual growth until 2019.
by Patrick Gillespie @CNNMoney
December 13, 2016: 9:45 AM ET

Posted by Unknown at 8:17 AM No comments:

Email ThisBlogThis!Share to TwitterShare to FacebookShare to Pinterest
s This Home A Good Deal?
There's no perfect home, but some homes are more ideal for your household than others. When you look for your next home, carefully consider these four criteria - price, features, location and condition. The closer you get to meeting all four criteria, the better your chances are of making a good buy.
Price;
In any market, price has to come first. To determine what you can comfortably afford, talk to your real estate professional. He or she can recommend a lender who will prequalify you for a purchase loan. When you know how much you can spend, it will be easier to shop for homes within your price range. With luck, one will stand out.
Features;
The size of your household and your activities determine the features you want in your next home. The number of bedrooms, baths and living areas are a matter of comfort and convenience. You may want an extra bedroom for guests or a second master suite for parents.
If you work a lot at home, you'll want a private home office or a computer nook. You may want a playroom for the kids, a separate laundry area, and fenced yard and covered patio for entertaining. An eat-in kitchen may be more important to you than a formal dining room. You may want an outdoor kitchen or at least an entertainment area.
Think about your daily life from morning to bedtime, and how your next home can make these activities more pleasant. This should be your "must-have" list, and will help you look at homes more objectively.
Location;
Some areas will always be more expensive to live in than others. Neighborhoods that are well-kept tend to maintain higher home values. Homes that are close to jobs, schools and shopping centers tend to sell for more money than homes without as much infrastructure.
What is the best home you can find in the area where you want to live? If these homes are out of your range, you can compromise -- buy a smaller home or a home that needs lots of work in the best neighborhood you can afford.
Condition;
Condition refers to the state of repair. Does the home have curb appeal? Is it updated and well-maintained, or does it need extensive and expensive remodeling? Carefully consider any deferred maintenance, such as a roof that may need to be replaced in only a few years. Consider the design and functionality -- is the kitchen too small and would you be able to afford to remodel it? Look closely at repairs, cleanliness and traffic flow.
The one advantage of buying a home that needs updates and repairs is that these homes cost less than updated homes in the same neighborhood.
Be prepared to compromise. Don't frustrate yourself or your family looking for perfection. Sometimes the home of your dreams doesn't have every feature on your checklist, or it may be a little further away than your favorite neighborhood, but you'll be happy if it has most of criteria you want at the price you can afford.
WRITTEN BY REALTY TIMES STAFF POSTED ON THURSDAY, 23 MARCH 2017 19:27

Posted by Unknown at 7:56 AM No comments: 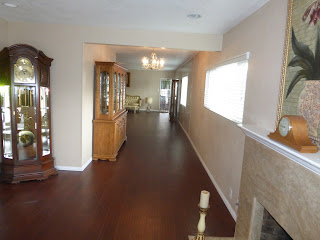 Posted by Unknown at 3:53 PM No comments:

Koko the Gorilla Cries Over the Loss of a Kitten- Can you relate to this phenomenon?

Posted by Unknown at 7:00 AM No comments:

People only hear what they want to hear! 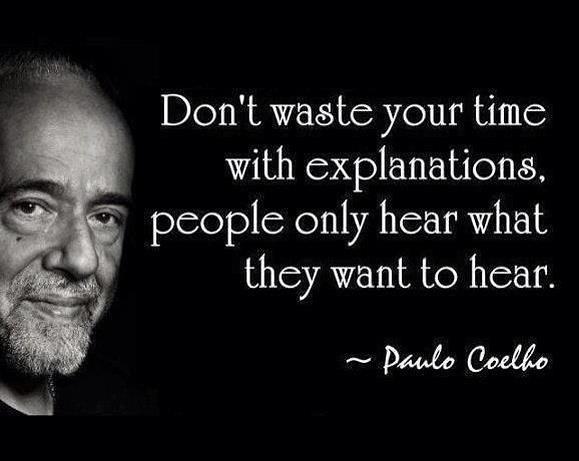